This is the typical situation for the intercept theorem: Two parallel lines are intersecting two other intersecting lines. Now you can compare distances between intersection points and can see that these formulas hold: 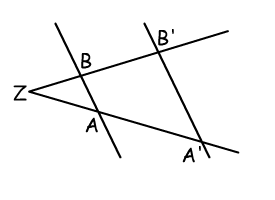