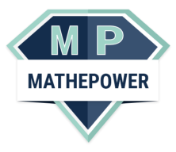 Normally, we calculate in the decimal system, i.e. a system of ten digits 0,…,9. All numbers higher than 10 are written als combination of some of those signs.

How to transform numbers from one system into another?

How to transform a decimal number into another number system?

This is also easy: Take the number you want to transform and divide it by the number of digits in that number system. Note the division remainders.

What are number systems needed for?

Other number systems have different applications. For example the dual system consisting of zeroes and ones is useful in computer science, cause computers just understand 0 (no power) and 1 (power).

This is a free online calculator for number systems. Just enter your number and it will be transformed.